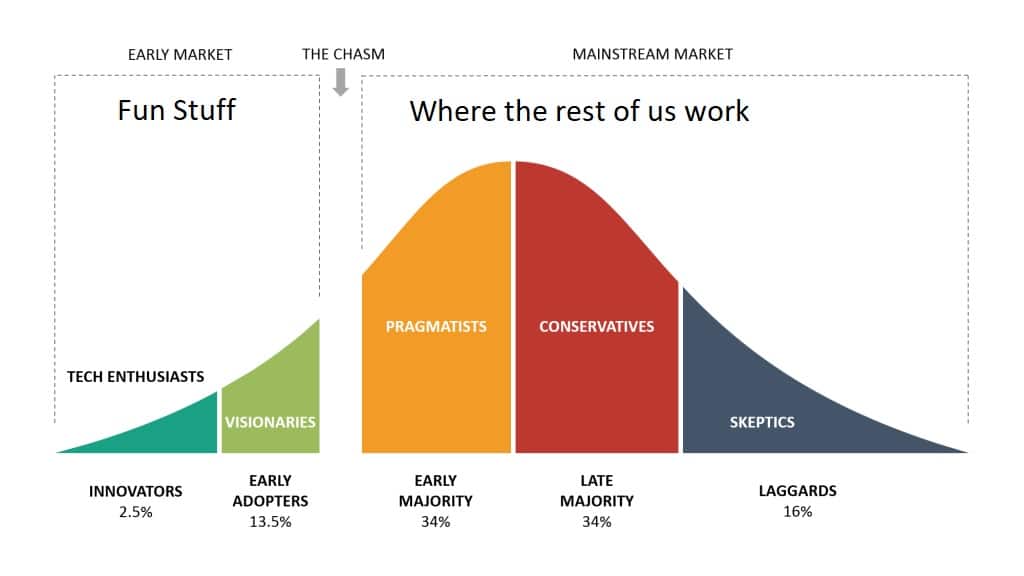 One of the most famous concepts in Innovation is the Innovation S-Curve, the technology life cycle. This framework, which operates alongside the Bass Model, is used to determine performance in regards to time and effort. It assists in determining the level of maturity of the industry / product.

As a result, when evaluating a product or an industry, it is crucial to understand where it is on the S-curve due to the many implications that result out of that such as the possible risks and pitfalls that are associated for certain phases on it.

When looking on the technology life cycle, we can distinguish among 4 different stages: Ferment, Takeoff, Maturity, Discountinuity. Positionning a new industry/ product assists professionals to determine what is the potential of it and also decide on a certain innoation strategy that will fit best for it.

Era Of Ferment – This phase is in the beginning of the S-Curve pattern of innovation. It is when the product/ industry is completely new. As a result a dominant design in the market hasn’t been established yet. Therefore, the competition between the various players in the industry is fierce. As a result, usually at this stage most of the resources are spent on research and development .

Takeoff – In this phase, due to the ability to overcome a major technical obstacle or the ability to satisfy a demand of the market, the product/industry have been adopted by the early majority and manged to cross the chasm and a dominant design has been established already. Hence, the market will be characterized with a rapid growth in production, and the product will move quickly towards a full market acceptance.

Maturity – Here, the product is adopted almost completely by society and is usually approaching a physical limit. Due to the strong competition among the major players in the market which is clearly defined at this stage, most of the resources at this point are spent on improving the production processes and making them cheaper. Therefore, oftentimes the products at this stage become completely standardized and the innovations at this stage are concidered incremental.

Discontinuity – At this phase the innovation occurs, as a new S-Curve pattern can rise. Since the previous product/ industry reaches an era of maturity, there is an opportunity for a new product to appeal to the innovators segment in the population and they will start a new product life cycle which is usually considered as the Disruption.

Obviously, there is an opportunity for additional S-Curves as the market progresses (as occured in the publishing industry with the Kindle.

To understand the concept of the S-Curve Better, let’s use the audio industry as an example. At start, at the ferment stage, there was the Cassette tape which was invented by Phillips. Then, at the Takeoff phase, Sony has invented the Walkman that had the ability to answer the customers’ demand of listenning to their Cassette outside. As a result of Sony’s success, the market have arrived to its maturity as a number of competitors manufactured similar devices (Phillips, Sony, TDK, MAxwell, etc.)

The Discontinuity phase appeared when Sony and Phillips have developed the compact disk and by doing so, disrupted the market and started a new S-Curve.

The S-Curve of Innovation is a robust framework that can be used to analyze various industries at their differnt stages and to explain their successes and failures. The model has a lot of empirical evidence and assisted researchers in understanding what occured in the semiconductors industry, the telecommunications market, the hard drives global market and many more.