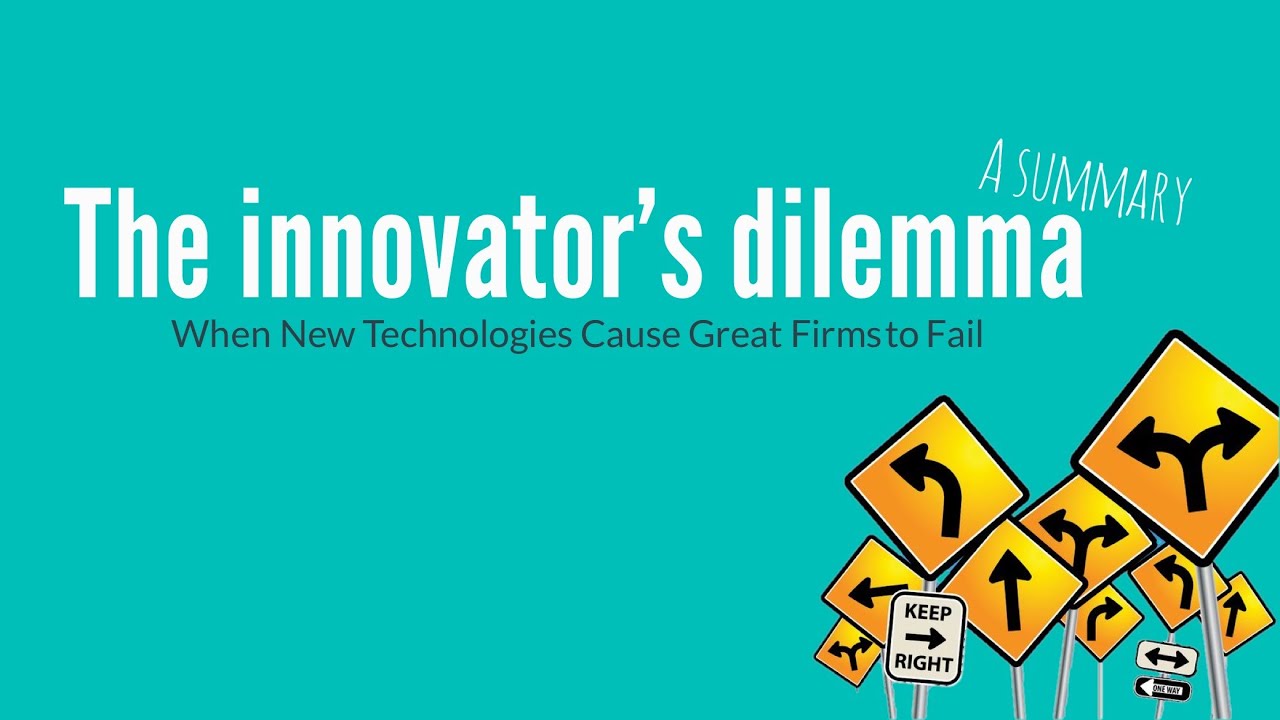 On this post I would like to explain more about the Innovator’s Dilemma. This concept was coined by Harvard Business School’s professor Clayton Christensen in one of the most impactful books ever written about innovation that is called the

From researching a wide range of industries, Christensen reached the conclusion that the existing players in the market tend to invest most of their resources in sustainable innovations which are defined as innovations that enable only incremental improvements for their existing products. They tend to do that in order to support their customers that ask only for these type of improvements.

According to Christensen, a disruption to the market can occur by a new entrant to the market who starts by attacking only a small portion of the incumbents’ business, which usually has very low margins. As a result, the incumbent consciously decides not to defend its business against the new entrant. Another reason that cause the incumbent to behave like that is its fear of cannibalizing its main business.

The result of this is that the new entrant is able to capture a significant portion of the market in a specific segment.

The next phases are fascinating. Since the new entrant has established its credibility and position in the lower end of the market, it starts to move upstream to the more profitable segments of the market.

Here again, the incumbent avoids from competing against the new entrant because the competition will be in the lower margin segments and therefore are not attractive. As a result the new entrant can capture its second segment in the market and establish itself even more.

And this process occurs again and again moving up into the more profitable segments until its to late for the incumbent to defend itself!

According to the book there are 4 main types of disruptive innovations:

Obviously, the new entrant can introduce its disruption along one or more of these dimensions.

A very good example that can enable you to understand this concept is via the rise of Amazon as the biggest bookseller in the United States.

In 1995, the internet was only in its early stages. Back then, Jeff Bezos, Amazon Founder, decided that he wuld like to enter into the business of selling books online. At that time, the biggest booksellers in the United States were Barnes & Noble and Borders.

Bezos understands the potential of the internet and decided to take advantage of it as a new distribution channel. an interesting point about this is that according to, Bezos have known from day one that he would like to get into other retail sales and not only into book sales.

Bezos understood that the low margin book industry can provide him with a great entering point for his plan and therefore he launches his venture and target it to that low margin industry first.

Due to the unattractiveness of the online book industry on those days, no incumbent fought Amazon initially (it took B&N 2 years to open its own website!) and it could grow exponentially in its early days. From interviews and analysis of B&N actions, we understand that back then they preferred to invest their resources in retail stores which were their “cash cows” back then.

For Borders it took even more time to launch their website (3 years!). Since they’ve understood that Amazon are much better than them in it, at 2001 they decided to even let Amazon run it for them!

Unfortunately, this and other difficulties in adjusting to the new reality have led Borders to file for bankruptcy on February 16th, 2011.

Coming back to Amazon, by implementing the Innovator’s Dilemma concept (starting with the books industry) Bezos managed to disrupt not only the books industry but also the entire retail industry with this fascinating Domino effect, penetrating more and more segments as the company has established its dominance in the market bringing it today to become one of the largest companies in the world.

Since creating that concept, Christensen has released several other books (e.g. the Innovator’s solution, the Innovator’s prescription) that are extensions for his original one and try to either analyze a specific industry or suggest solutions for the incumbent’s problem he defined in the Innovator’s Dilemma.

There is know doubt that Christensen is a pioneer in the innovation space and managed to explain a concept that before him no one could really explain. This theory complements the Innovation S-Curve one and assists in understanding how new technologies emerge and overcome existing ones.

Nowadays new innovation theories and some criticism were written on the original theory, however it still acts as an integral part of the innovation field thought leadership.